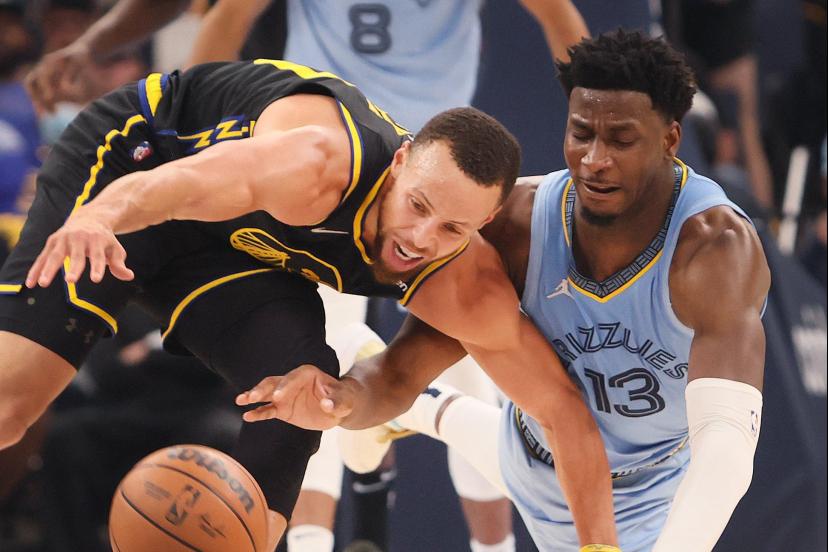 There was no Game 5 between the Memphis Grizzlies and the Golden State Warriors on Wednesday night. In position to qualify since they led 3-1 in the series, the Californians very quickly sank (134-95).

A garage time that begins with five minutes remaining on the clock, nothing more “classic” in the NBA. It becomes much less so when the two coaches agree to rotate their team in the second half of… the third quarter. This shows how the performance of the Golden State Warriors, who were 40 points behind during the third act (96-56, 30th), proved insipid on the floor of the Memphis Grizzlies on Wednesday evening (134-95). A non-match with no real consequence for Steve Kerr’s men: they still lead in the series (3-2), which they will have the opportunity to win Friday night at home.

Unable to defend seriously, the Warriors conceded respectively 38, 39 and 42 points in the first three quarters of the game. Klay Thompson may have scored 19 points in just 25 minutes of play, his “+ /-” (variation of the gap when the player is on the ground), of -45, reflects the ordeal experienced by the winger at within a team visibly unmotivated by the idea of ​​bending its series and obtaining a substantial rest period before the Western Conference final (to be played against the winner of the duel between Dallas and Phoenix, dominated for the time being by Phoenix, 3 wins to 2).

Given the scenario of the evening, all the more surprising since the Grizzlies were once again composing without their leader, point guard Ja Morant (right knee), probably forfeited for the end of the season, no player spent more than 25 minutes on the floor. A time of rest which we must hope will allow the Warriors to get their heads back in place, in order to at least offer a real basketball game during the next meeting.

Italian Cup: the coronation at Int...