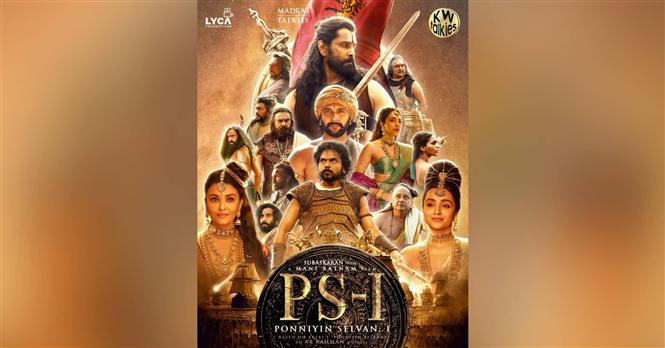 Recently, Lyca Productions, one of the producers of the upcoming Tamil magnum opus Ponniyin Selvan: Part 1 (PS1) were spotted tweeting at a ward councillor of Toronto, Canada for helping with the release of the movie. While this caught the attention of many in India, for the South Indian community in Canada, the development comes hardly as any surprise.

I will put this on my list of things to get done! #Scarborough #Films #Tamil #Cineplex
DMd you
Thank you for hearing our voice @cllrainslie

Ponniyin Selvan deserves to be released in Canada for the Tamil Community! We appreciate your efforts to solve this issue!#PS1 #PonniyinSelvan1 #PS1TamilInCanada https://t.co/R82tuCVZxM

TL;DR A rivalry between a particular set of independent movie theaters in Canada and one of the major distributors of South Indian films there – a Saleem owned KW Talkies, has lead to a series of vandalism attacks in the country. Any theater that is not Woodside Square Cinemas (Scarborough, Ontario), York Cinemas (Richmond Hill, Ontario), Albion Cinemas (Etobicoke, Ontario) or Central Parkway in Mississauga, Canada has faced slashing of screens whenever a South Indian movie has played, especially if they are in Tamil.


“Warning to theater owners and workers, if you are planning to play movies from organized criminal KW Talkies Saleem, especially movie PS1 [meaning Ponniyin Selvan]….We will tear up all your screen and release toxic in the area and few off your employees will end up in hospital….This will be only warning” – A threat email sent to Film.Ca Cinemas CEO Jeff Knoll who is also a local ward councillor

Most affected of these vandalism attacks have been multiplexes namely Cineplex, Landmark Cinemas and Oakville’s independently owned Film. Ca Cinemas. These places are preferred by the local moviegoers for better screening experience which allegedly eats into the business of independent theater owners, giving them a reason to orchestrate email threats and damage of property by hired vandalizers.

However multiple accounts from target audience in this area corroborate that the quality of screening in mentioned suspect theaters is sub-par, and Tamil cine audience in Canada are forced to miss movies on the big screen due to this planned attack campaign. With Ponniyin Selvan release only a day away from release, Cineplex and Landmark have caved into the threats and have decided not to screen the movie in Tamil, invoking a furore from the Canadian movie-going Tamil community.

“Counsellor Knoll, You think you are righteous playing Tamil films at your theater in Oakville. You are just a pawn to criminals and you are going to regret trying to be a hero to those scum. You are just an asshole sticking your nose in something you know nothing about and have no business in. Don’t be too happy about all the love you are getting on twitter from kw talkies because you will pay a price. You are a politician and all your information is online. We know where you live, what you drive, where your wife works and lots more. We also know you are running for election in place with many voters who will not be so happy with you playing a Tamil film. Do you remember what happened in February? [referring to a double screen-slashing incident at Film. Ca] That was a friendly warning and this is your final one. Cancel the movie or you will deeply regret what comes next.” – Sent on September 26, 2022 at 10:53 p.m [Canadian Time]

Pray tell me why must the public and film distribution business be dependent on the decisions of a conservative management. @CineplexMovies is the only multiplex chain in core #GTA and they have refused to take proactive action regarding vandalization incidents since 2015.

Jeff Knoll who is also the chair of the Halton Police Services Board, has pulled all strings to ensure safety of the audience and has decided to go ahead with the Tamil screening of PS1. His video statement below:

We need more business leaders like Jeff to stand for the community and take a stance against people who openly entice violence. Thank you https://t.co/jHKhL1NgUj! Hope to see CEOs at Cineplex and Landmark Cinemas take a similar stance rather than backdown!!

Ayali is endearing for its intentions!Bharath Vijayakumar Set in the 90s in a village in …