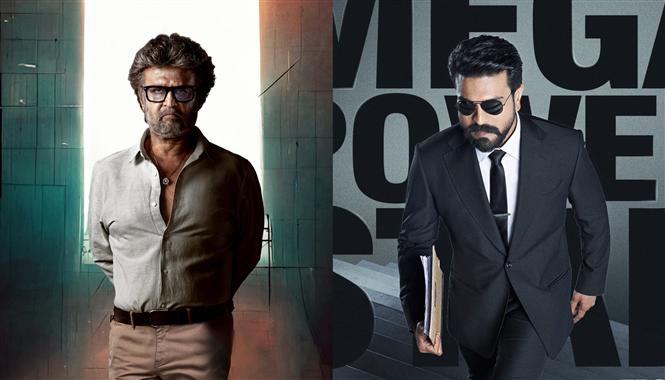 Actor Rajinikanth is currently busy shooting for a movie titled Jailer, which is directed by Nelson Dilipkumar and produced by Sun Pictures. The movie touted to be an action thriller is expected to release in theaters for Tamil New Year on April 14, 2022 [official confirmation on the release date is awaited]. At this time, buzz in the grapevine is that Ram Charan starrer PAN-Indian political thriller RC 15 (tentative title) is also releasing at the same time on April 13, 2022.

RC 15 marks the debut of director Shankar in a direct Telugu film; The filmmaker has previously worked with Rajini on blockbuster Tamil movies like Enthiran and 2.0. RC 15‘s story is written by Karthik Subbaraj, another previous Rajini collaborator and a die-hard ‘Thalaivar’ fan by his own admission.

If Jailer and RC 15 produced by Dil Raju of Sri Venkateswara Creations are indeed headed for a Tamil New Year clash, it would be interesting to see how the fan-bases of these three Kollywood giants react to the same.
next>> <<previous
next>> <<previous