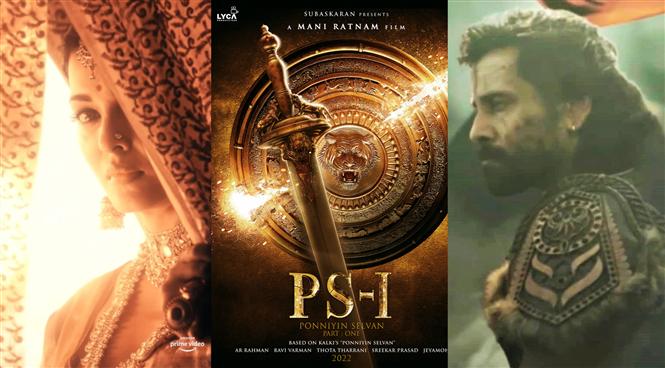 Ponniyin Selvan: Part One (PS-I) directed by Mani Ratnam is all set to release in theaters on September 30, 2022. The movie which stars Vikram, Aishwarya Rai Bachchan, Jayam Ravi, Karthi and Trisha in the lead will be presented in the US by Saregama Cinemas. PS-I is the first Tamil film to be released on Imax.

Ponniyin Selvan is adapted from on a fictional novel based on real life Chola emperors and queens. The movie has been made in two parts by Lyca Productions and Madras Talkies. Runtime of the first part which is up for release next month has been revealed to be 170 minutes i.e. 2 hours 50 minutes.

PS-I has AR Rahman for music and Ravi Varman for cinematography. The latter recently shared some BTS pictures from the sets on his social media page, and the same can be seen here: