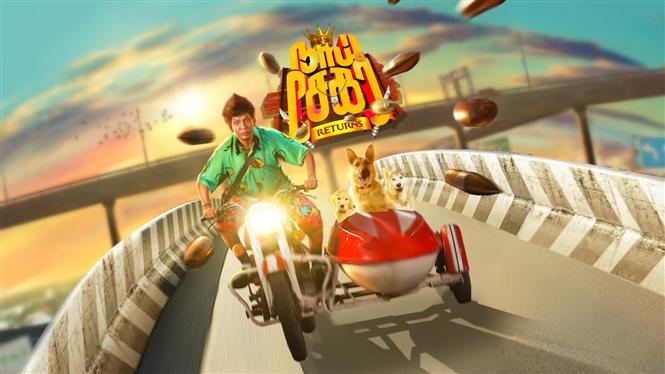 Naai Sekar Returns is a highly awaited comeback film of comedy actor Vadivelu in a lead role, and the movie directed by Suraaj is expected to release in theaters in December, 2022. ‘Naai Sekar’ is the name of a popular comedy character played by Vadivelu in one of Suraaj’s earlier films Thalai Nagaram (2006). However the director has said that Naai Sekar Returns is not a spin-off to that iconic character, and is a completely different role/movie.

Vadivelu who is revealed to hail from Dindigul in Naai Sekar Returns, plays the role of a dognapper, and he is an expert at stealing different breeds of dogs in the movie. An out and out comedy, the movie also has a host of other comedians namely Redin Kingsley, Maaran, Sivaangi alongside Anandraj, Rao Ramesh, Munishkanth among others.

Naai Sekar Returns is produced by Lyca Productions and has Santhosh Narayanan for music. The film’s first single which is an addictive rap song titled Appatha, has already crossed 5 million views on YouTube.
next>> <<previous
next>> <<previous