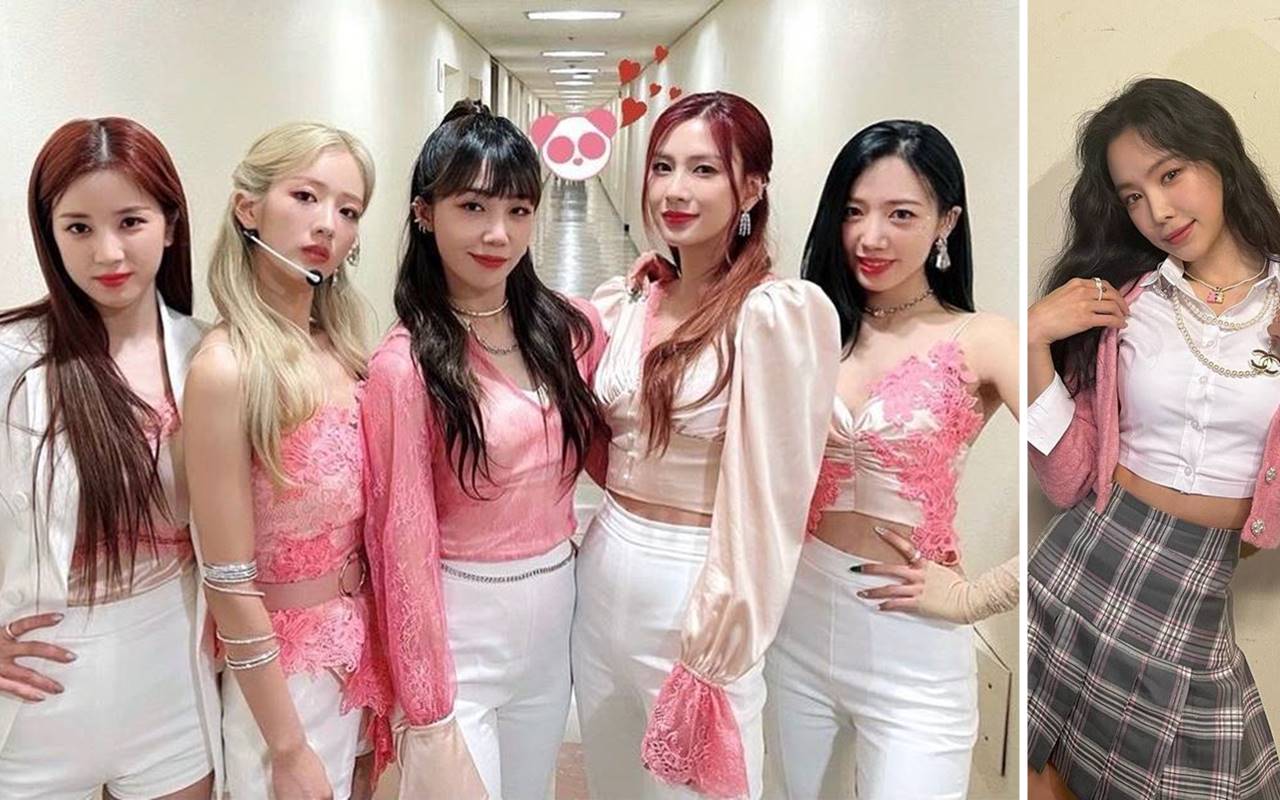 Apink Released The Single ‘I Want You To Be Happy’ To Celebrate The 11th Anniversary Of Their Debut, Immediately Reaping The Hearts Of Fans Because It Still Featured Son Na Eun.

A Pink has finally released its newest song to celebrate its 11th debut anniversary today, Tuesday (19/4). Apink released a special song for fans titled “I want you to be happy”.

This is known to be Apink’s first song released after Na Eun decided to leave the group on April 8. It’s no wonder that in the end, “I want you to be happy” made the fans moved beyond play.

The music video (MV) “I want you to be happy” is like a short documentary about Apink’s journey from debut to the present. In the video, Eun Ji , Chorong , Bomi , Namjoo , and Hayoung are also seen writing sweet letters to fans.

The MV “I want you to be happy” also features the moment when Apink members recorded their special song for fans. At the end of the video, Apink members take turns carrying their letters.

Fans claim to be hurt every time they see Na Eun’s face appear in the MV “I want you to be happy”. Even so, they are grateful because Apink still shows that Na Eun is a part of them.

” It’s certain that I’m not the only one crying, it hurts so much to imagine the members alone, they went through a lot of difficulties together and now Naeun is taking her own path to develop, ” said one fan. ” Every time Naeun appears in the MV makes my heart hurt a little but I’m also grateful that they include it. Happy 11 years my beloved Apink!!! ” said another.

” The last MV we got to see Naeun. This is a new beginning for Apink to continue their journey as 5 people. Whether it’s 7, 6, or 5 Apink will still be Apink in Panda’s heart (Apink’s fandom), ” another I. ” Thank you for still including Naeun in the MV. Happy 11 years my girls. Apink is SIX and will always be SIX. Even though in my eyes from now on it will be 5, but you will still be 6 in my heart, ” said another.

Meanwhile, Apink is known to officially debut on April 19, 2011 with 7 members namely Na Eun, Eun Ji, Bomi, Chorong, Namjoo, Hayoung, and Yookyung . However, in 2013 Yookyung decided to leave to focus on his education.