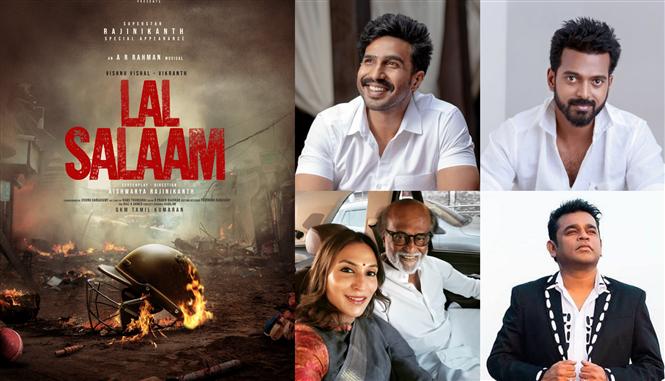 Rajinikanth is currently shooting for Jailer with Sun Pictures and director Nelson Dilipkumar, and at this time an official announcement on the actor’s next has dropped. We had previously reported that Rajini’s next aka Thalaivar 170, is a special appearance on a movie with Aishwarya Rajinikanth and Lyca Productions. Now this film’s title has been announced as Lal Salaam.

Actors Vishnu Vishal, Vikranth play leads in it and from the first look poster, it appears the movie is themed after cricket. 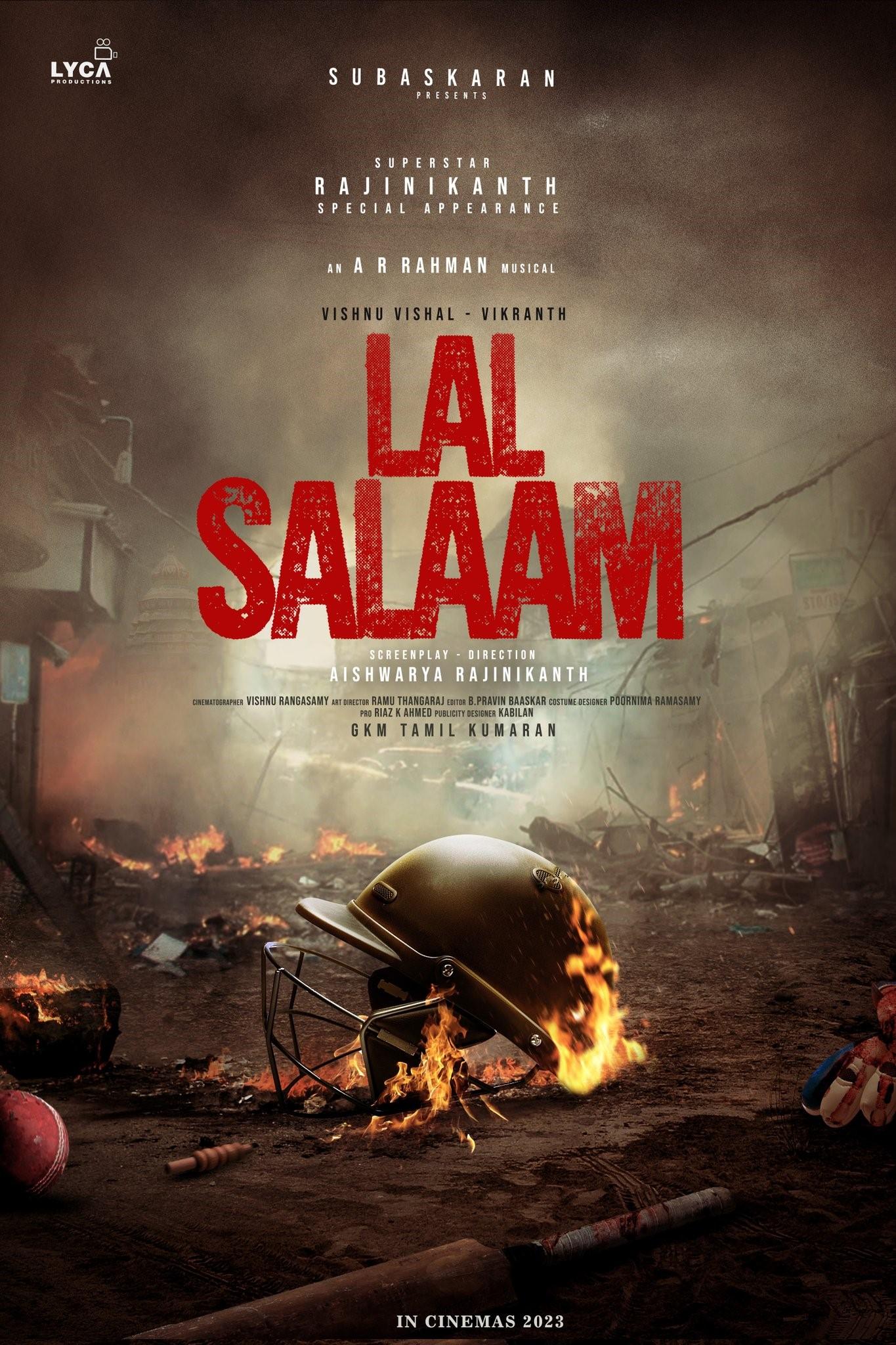 Lal Salaam has AR Rahman for music and is scheduled to release in theaters in 2023. The technical crew of this film also includes Vishnu Rangasamy for cinematography, Ramu Thangraj for art and B. Pravin Baaskar for edits.
next>> <<previous
next>> <<previous